Sir James Stirling (1791-1865), a naval officer, persuaded the British government to establish a colony on the west coast of Australia. He founded and administered (1829-32 and 1834-38) the Swan River Colony (Western Australia) as lieutenant-governor then governor. Despite his tenacity and enterprise, the ill-planned colony of free settlers was a commercial and agricultural failure before convicts arrived in 1850. Courtesy Australian Dictionary of Biography 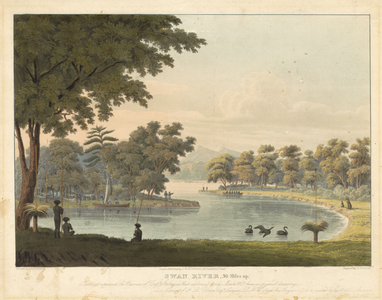