John Howard (b.1939) served for the second-longest prime ministerial term after Robert Menzies. When he lost the seat of Bennelong in 2007, he also became the second Australian prime minister to lose his seat, the first being Stanley Melbourne Bruce in 1929. Like his hero Robert Menzies, John Howard lost and subsequently regained the leadership of his party. First elected Leader of the Opposition in 1985, he was overthrown by a party room coup in 1989. He regained the leadership of the Liberal Party in 1995, and became Australiaís twenty-fifth Prime Minister with a landslide win in the federal election of 1996. His government saw major changes in many areas of Australian life, including domestic areas such as gun ownership and industrial relations, and in Australiaís foreign relations, maintaining our strong ties to the United States and adopting tough approaches to illegal immigration. Howard grew up in the Sydney suburb of Earlwood, where his family ran a garage. He joined the Young Liberals at the age of 18 and entered the House of Representatives in 1974 after working as a lawyer. Within little more than a year after his election he was a minister in the first Fraser government. From 1977 to 1983 he was Treasurer.

Almost 1800 people attend the Australian Reconciliation Conference to discuss Indigenous issues. Although the conference is overshadowed by a controversial address by Prime Minister John Howard, it focuses on the aims of the official movement towards national reconciliation started in 1991 with the establishment of the Council for Aboriginal Reconciliation. The Council’s key goals include educating Australians about Indigenous issues, improving economic and living standards for Indigenous people, and acknowledging the unfair and often inhumane treatment of Indigenous Australians throughout history. 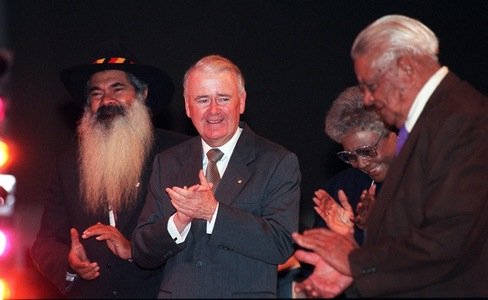 No to an Australian republic

Following a constitutional convention in February 1998 at which members resolve in favour of Australia becoming a republic, the Howard government invites the people of Australia to vote at a referendum. The first question asks Australians whether they approve of altering the Constitution to establish the Commonwealth of Australia as a republic with the Queen and Governor-General being replaced by a president appointed by a two-thirds majority of the members of the Commonwealth Parliament. The second question seeks approval to change the Constitution by inserting a preamble. About 55 per cent of Australian voters vote no, and Australia remains a constitutional monarchy. 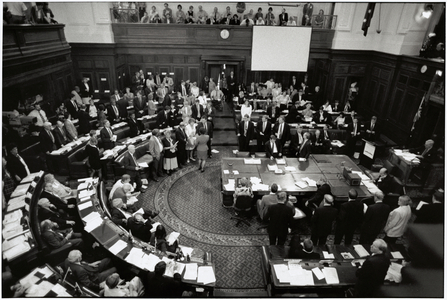