Harold Holt’s (1908-1967) short-lived prime ministership ended in tragedy when he drowned during the 1967 Christmas holidays. Holt entered Parliament during the re-shaping of conservative political forces of the 1930s, and was closely associated with Sir Robert Menzies throughout his career. His refuge from politics was a beach house at Portsea, Victoria, near where he drowned. He won an increased majority at the 1966 election, but his death precipitated a long-running leadership crisis in the Liberal Party. He took major steps towards ending the White Australia Policy, and supported constitutional change which in 1967 for the first time allowed the federal government to legislate in relation to indigenous affairs, a move his predecessor Menzies had resisted.

Robert Menzies retires after 16 years in power and the Liberal Party selects Treasurer Harold Holt as its leader and Prime Minister. The Holt government increases Australian troop numbers in the Vietnam War, introduces decimal currency, and supports a referendum granting Indigenous Australians the right to be counted in the census and for the government to legislate on Indigenous affairs. For more information, visit the Australian Prime Ministers Centre.

Hubert Opperman, Minister for Immigration in the Holt government, effectively spells out the end of the White Australia Policy by announcing that applications from prospective settlers will be considered on their suitability as settlers, their ability to integrate readily and whether they have qualifications useful to Australia. Opperman downplays the effects of the changes, reassuring Australians that the government’s ‘primary aim in immigration is a generally integrated and predominantly homogeneous population’. However, the changes effectively end the White Australia Policy. By 1975, when the Racial Discrimination Act is adopted, the practice of discriminating against non-European migrants is completely abolished. 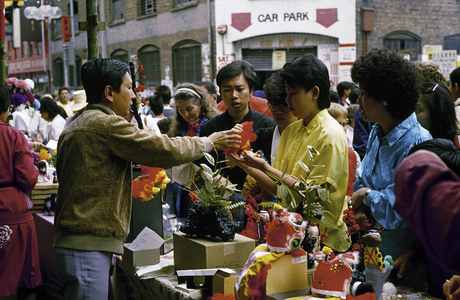